🔥 For Fans by Fans

😷 Protect yourself and cover your face like a Super Saiyan! Check out our NECK GAITERS

It has been quite a long time since the day Dragon Ball the anime made its debut. Throughout these times, the anime has actually managed to draw in quite a humongous number of fans. As a result, as of right now, there is, in fact, no other anime or manga series that is as well-known as Dragon Ball. One of the additional reasons for the anime’s popularity is in fact due to its undeniably compelling cast of characters. For example, we have Son Goku, a pure-hearted guy who loves nothing more than a good fight and eating. There is also Master Roshi, who is usually quite funny but can also be serious when the needs do arise.

However, among all those colorful characters, there is one who appeared the latest but has managed to climb up the popularity ladder and become the second most popular character of the series. His name is Vegeta. We all usually have an impression of him as some stoic and serious guy who cares for nothing but proving his strength. However, he can be quite a tsundere as these moments will show you: 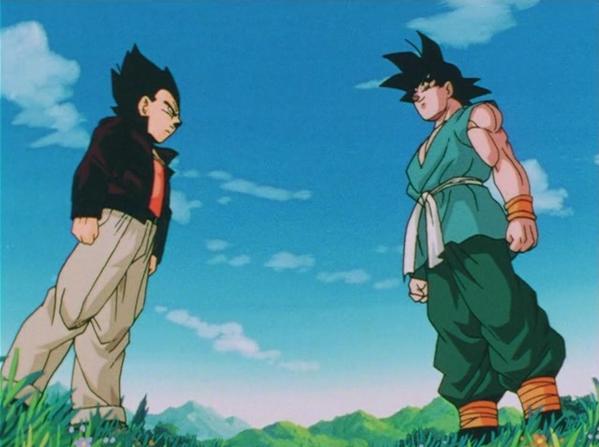 After successfully taking out Frieza by becoming the legendary Super Saiyan, Son Goku suddenly vanished without a trace. Despite all the attempts that the Z fighters tried, they still did not manage to find out what happened to him. Then, after a whole two years, Trunks appeared, slicing up the father and son duo of Frieza in the process. After that, Son Goku finally made his appearance, wearing some sort of new attire. Immediately, we see Vegeta putting out a snarky remark about the outfit that Son Goku is wearing. When Son Goku casually reply with the truth, Vegeta visually got annoyed.

While this is not a very clear example, we can clearly see that this is the first sign of the tsundere-ness that Vegeta will later display. Due to him being too proud to even admit that he is worried about the safety of Son Goku, Vegeta had to go out of his way to actually find out some smart-looking snarky quote to actively hide his worries. I believe that this is the start of his redemption arc which manages to make so many people converted into his fans. As a result, right now Vegeta has quite a huge fanbase, even rivaling Son Goku himself. It all started with a simple tsundere quote!

2. “Would you shut up already? I’m not even giving you a needle!” 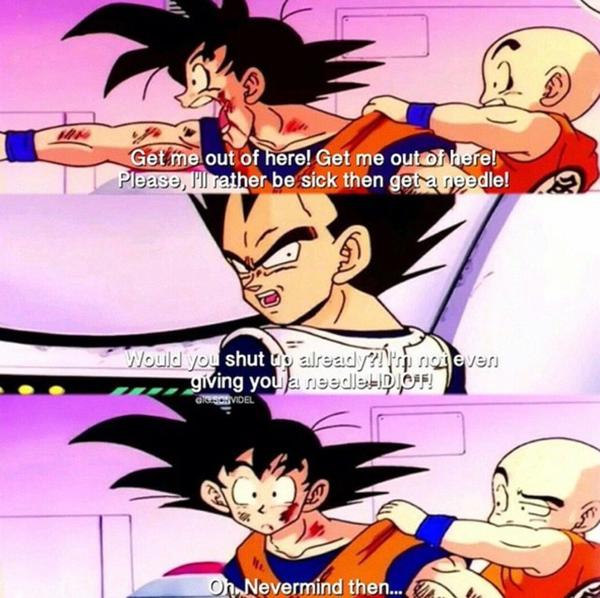 I am sure that anyone who is remotely familiar with the Dragon Ball Z series knows where this quote comes from. Due to a big fight, Son Goku was so battered that he had to rely on his son and Krillin to carry him. When they all arrived at the hospital, Vegeta was frantically looking for some medicines when he dropped some equipment. One of that equipment is a needle. As we all know, with Son Goku being a kid inside of an adult body is actually quite afraid of the needles! Unbelievable, is it not? How can one of the strongest beings in the entire galaxy be so afraid of some needles?

However, that is actually true, Son Goku was so afraid he tried his best to escape. While trying to get away, he spewed out some nonsense such as: “I HATE NEEDLES!”, “GET ME OUTTA HERE!”, or even “PLEASE, I WOULD RATHER BE SICK AGAIN!”. Him doing something like that was so annoying Vegeta had to blurt out the quote just to calm him down. Thus, we can see that while he appeared to be cold, Vegeta actually has quite a warm heart for his friends. 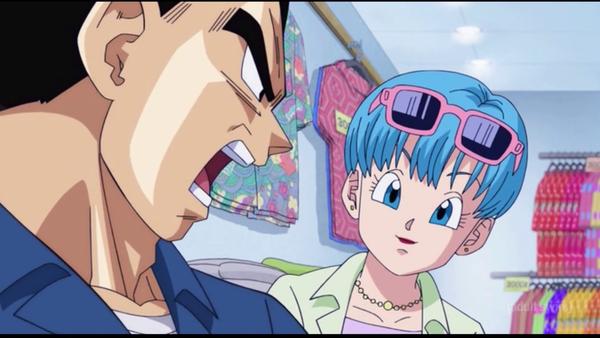 This scene is from the latest installment of the Dragon Ball saga, Dragon Ball Super. Vegeta, instead of bringing Bulma and Trunks on a trip to the amusement park, brought them all to a mall! He even bought some new clothes for Trunks! Can you imagine that? Vegeta, the cold and cruel last prince of the Saiyans, doing something like that? However, it truly did happen. Thus, Bulma teased him, saying that he was a “big old softie!” She then added that ever since fighting Buu, Vegeta has changed somewhat to be more approachable.

Of course, being the tsundere that he is, Vegeta instantly objected that he is not soft at all. Nonetheless, anyone with a working eye can actually see that it is not true anymore. This new Vegeta actually loves his wife and kids, it’s just that he is too proud to admit it. If that is not a clear sign of being tsundere, then I don’t know what else can be! 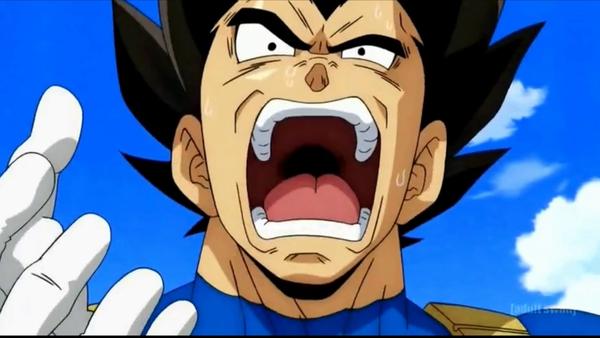 Of course, there is no way that I will leave this part out! After all, this is indeed one of the most defining moments of the relationship between Bulma and Vegeta. In the Dragon Ball Z: Battle of Gods movie, when Beerus slapped Bulma, Vegeta instantly went into his rage mode and blurted out: “How… dare you…! THAT’S MY BULMA!” If you thought that he did not love here before, then this is quite a big evidence that you are so gravely wrong. No one can touch Bulma without Vegeta giving back some kinds of retribution, even if that guy is an incredibly powerful God of Destruction.

Of course, there would be nothing funny if that is all that has happened. After all, the scene can only show that Vegeta is indeed an in love with his wife as well as a spectacular tsundere. Really, who can believe that he loves her that much without him going Super Saiyan when she is hurt? However, the most hilarious part is after the battle, when Son Goku talked about what he said. We can actually see the proud and arrogant Saiyan Prince blushing. There is just no way to un-see that, so to me, this is one of the best moments to show us all that he is indeed a tsundere.

5. Vegeta getting kissed after collecting the Dragon Balls by Bulma 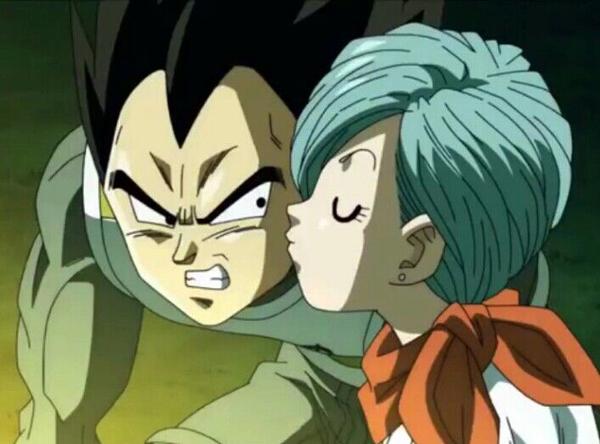 Another moment in the Dragon Ball Super shows that shows us all clearly the lovey-dovey part of the relationship between Bulma and Vegeta. After being ordered by Beerus to get him the Dragon Balls, Vegeta quickly gets the radar and then go as fast as he can to get them all. I do mean as fast as he possibly can, as at the end he is clearly out of breath and exhausted. However, Beerus did not appreciate it and humiliate him. Bulma immediately jumped out to defend her husband, saying that Vegeta should ignore him and that he did quite good. In addition, she also gave him a kiss on the cheek.

You can imagine what happened, right? Vegeta immediately got flustered and ask her if she is a nut. However, the important part is in the next sentence: “I always hate your sneak attacks!” Thus, we can see that this is actually not the first time that Bulma has done something like that. Nonetheless, that scene actually showed us that there is no way that Vegeta is not a tsundere. I mean, the reaction he had was exactly what a tsundere would do.