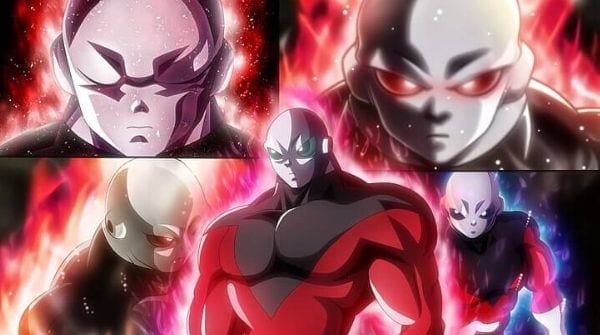 Anime has been quite an attraction for a long time. However, things did not start out that way at all. As you might have known, there is no way to find out exactly when anime was first introduced. Despite our best efforts, we were only able to narrow it down to Katsudo Shashin without being able to pinpoint the creator. At first, anime was simply another form of cartoons in the eyes of most of the people around the world. After all, back then people tended to automatically assume that anything that is remotely related to animation as “kids’ stuff”. Due to that misconception, people watching anime were usually asked why did they do what they were doing. However, nowadays things have been drastically changed. Now, watching anime does not equal childish, and this is all due to the emergence of many incredible shows, one of which is Dragon Ball.

The Dragon Ball franchise is undoubtedly one of the greatest entertainment franchises in the whole world. Starting out as a manga that was created by the legendary Akira Toriyama, the franchise then went on to have numerous anime adaptations, tie-in movies, and a bunch of games. As of the end of 2018, the franchise has successfully generated an incredible revenue of 20 billion USD. Due to this massive number, no one can argue that Dragon Ball is indeed one of the most successful manga and anime franchises there are. As we all know, a franchise is as good as its villains. Thus, one can easily see that there is indeed no other anime series that can come close to the quality that Dragon Ball has created with its villains. However, among those incredibly dangerous but also tremendously appealing villains, none is as strong as Jiren, and here is why.

1. He re-directed a spirit bomb

For the Dragon Ball Z fans who have not yet watched Dragon Ball Super: Yes, you did not read it wrong and your eye did not trick you at all. We all know that there are truly quite a bunch of methods for a villain to demonstrate his might. For example, some of them can show off a quite wide attack arsenal, others can show off an incredible speed or the ability to become invisible. However, I do believe that there is none that can match Jiren’s amazing showcase. If you have watched the series, you must have known that there are quite a lot of instances where Jiren illustrates his vast might to us, watchers, throughout the Power Tournament. Nonetheless, I do not believe that there can be a shot as cool as him redirecting the most powerful attack in Son Goku’s arsenal against himself.

We know that throughout the franchise, the Spirit Bomb has always proved itself to be a trump card capable of turning the tides of any battle. Throughout the years, this one move has been able to deliver success to a varying degree. However, there is one thing that we all are sure of, which is the move’s destruction capability. After its introduction, there have been instances where a character was able to survive it, albeit barely. However, there was absolutely no one who was able to just casually redirect it. Well, it has been the case until Jiren did it. Well, while that certainly destroyed our unwavering faith in the power of the bomb, it still leads to the activation of Son Goku’s single most overpowered skill, the Ultra Instinct. Thus, we will happily take it. However, now we are all aware that someone can redirect the Spirit Bomb.

2. He has fought with the most Super Saiyan levels

At first glance, this kind of achievement can seem quite superficial and it might look like it will wind up not meaning anything. However, any fan of the Dragon Ball franchise knows exactly just how much of a struggle this kind of achievement is. After all, we all know clearly that with each level, the strength of a Super Saiyan will not just be increased regularly but with a quite big multitude. Thus, with each increase in the Super Saiyan level, the difficulty for the opponent will increase in multiples. Now we can see how special of an adversary Jiren really is. After all, he is indeed the technical first ever villain to go toe-to-toe with the most unique Super Saiyan levels.

3. He is confirmed to be stronger than some gods of destruction

As of this moment, the gods of destruction are all confirmed as having the most power out of all the characters. The series usually moves into quite a trickery territory with each time they bring out the Gods of Destructions as well as the other overpowered deities. The Z fighters have been growing stronger with the advancement of the show, but it is still a long way before they can contest with the gods. However, with the introduction of the Power Tournament, we are introduced to the only one who has managed to touch that level of power, Jiren.