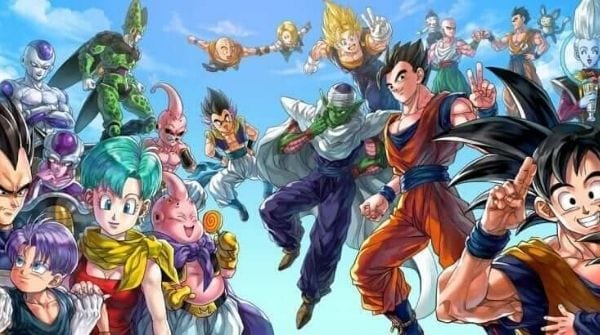 The Dragon Ball franchise, created in 1984 by Akira Toriyama, is arguably one of the most popular and successful entertainment franchises in the whole of Japan. The initial manga was serialized from 1984 to 1995. It was first adapted into two anime series: Dragon Ball and Dragon Ball Z. These anime have made a lasting impression on the whole world, so it is to no one’s surprise that the official sequel Dragon Ball Super will be so loved. Why were these anime so loved by all kinds of people on every corner of the Earth? The answer is simply because they have so many memorable moments throughout each run.

Okay, no matter who you are, a Dragon Ball fan or not, there is simply no way that you don’t know about this sentence if you are remotely familiar with the Internet. “IT’S OVER 9000!” is the introduction to Dragon Ball Z for many people, and in some cases, this sentence is the extent of their knowledge about the franchise. There is a catch though, while this sentence is arguably one of Vegeta’s most known lines, it is actually a mistranslation. Nevertheless, it still became one of the most known memes in the whole world along with the rapid spread of the Internet.

Nowadays, whenever you want to say that there are so many things, you will instinctively use the phrase “Over 9000”, this is truly a lasting impression for a simple mistranslation.

If the first moment on this list acclaimed its glory thanks to the memes, this one is a legitimate hard-hitting moment of the Dragon Ball Z series. This is the single most important scene out of the entire series, as it signifies the change of the simple Dragon Ball era and the start of the Super Saiyan legacy. This is the moment that the legendary Super Saiyan, who terrifies Frieza so much he decided to wipe out all Saiyans, shows the world his true face for the first time. After this moment, the scale of the battles in the Dragon Ball series has become much much bigger and devastating.

3. The Father and Son Kamehameha

One of the most memorable moments of the entire series, this scene where Gohan used up all of his leftover strength to finish Cell off has become my favorite. In this scene, when Gohan lacked confidence and his left arm after Cell returned, he was ready to give up. However, Goku telepathically talked him out of it and encouraged him to fire off one final, mighty one-armed Kamehameha. Then, Goku appeared in spirit form to signify the passing of the torch from father to son.

This is undoubtedly the Dragon Ball Z action at its finest, but what we all remember it for is that it finished a character arc long time in the making. After seeing Gohan finally live up to his tremendous potential, it makes us all feel so satisfied.

4. The respect of Vegeta

We all remember how Vegeta was initially. He was haughty, arrogant, ungrateful, etc. He was simply a typical villain. This scene, however, proved to us that the once incredibly arrogant Saiyan Prince has finally accepted the simple fact that Goku has completely grown stronger than he ever was. With Gohan’s Earth Protector storyline fizzling out of continuity, Vegeta’s acceptance was the last character story to tell. After spending so much time and effort training just so he can get out of Goku’s shadow, Vegeta finally accepted the fact that he has been surpassed since a long time ago. Even though this fact was quite obvious to us, the spectators, Vegeta’s sky-high pride blinded him from ever seeing it. Thus, the moment the Saiyan Prince put down his ego has become an iconic moment in the Dragon Ball Z series.

After the devastating battle with Cell, Gohan spent the next 7 years studying and neglecting his training. So, while he has become quite respectable in the studying field, his fighting prowess has been reduced on a huge scale. Consequently, this moment was so memorable, the Gohan who became a scholar came back, radiating so much power and confidence. We were finally rewarded the Gohan that we were promised, the Earth Protector finally showed up after such a long time sleeping.

6. Goku vs Vegeta, the first time

This is the beginning of a long-lasting and popular rivalry between the Saiyan Prince and Son Goku. These two have always been at the top of the power pyramid of the Dragon Ball series, so it is only natural that the first-ever battle between them should be one of the most memorable moments in the entirety of the Dragon Ball saga. In addition, this first fight also has the very first showdown between the Kamehameha and Galick Gun, the two strongest beam attacks in the series up to that moment.

When talking about Dragon Ball villains, people usually think of Majin Buu, Cell, Frieza, or even Vegeta. However, there is one supervillain turned hero that we all tend to forget about his dark past, yes, I am talking about Piccolo. Unlike Vegeta, whose character development was forgotten until the end of Dragon Ball Z, Piccolo’s redemption happened throughout the Saiyan Saga with the catapult being Goku’s son, Gohan. The climax of this redemption was this moment when he throws himself out to block an energy blast for his surrogate son.

8. Goku and Frieza taking out Jiren

This is without a doubt the very most memorable of the Dragon Ball Super franchise. As the end of the Tournament of Power drew closer, it came down to the final fight between Frieza, Goku, and Jiren. Now, we all know of the history between Frieza and Goku and how interesting the journey to get Frieza into Team Universe 7 was. So, imagine my surprise seeing Frieza and Goku fighting Jiren in perfect harmony. In addition, our surprise was shared by many characters, mainly Vegeta.

Who is the one Vegeta hates the most in this whole world? The answer is not Kakarot, it was Frieza. The sadistic, evil emperor of Universe 7 treated Vegeta like trash for many years. In addition, he is the one who wiped out almost all of the Saiyans and destroyed Vegeta’s life. His hatred only grew stronger with each time he was defeated by Frieza, so it was quite satisfying seeing him finally have his revenge.

We usually can’t relate to the characters in the Dragon Ball franchise on a human level, as they are all so otherworldly. Showing love usually means tossing one’s body in the way to protect another in this franchise. All the cast members usually spend their time saving the planet or the galaxy from malicious invaders, thus it is not surprising that sometimes they can seem a little bit cold. However, there is just something in the way Goten first communicates with his heroic father, who he has never met and has only heard stories about, makes us feel warm inside.