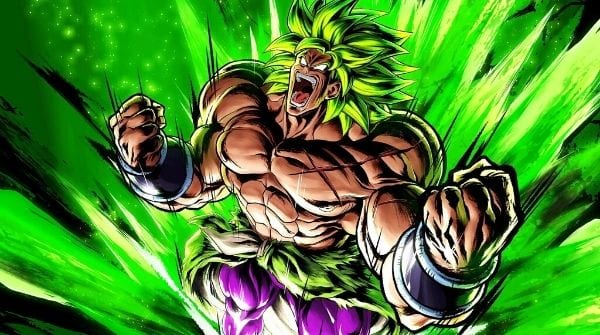 Dragon Ball Super, the official third installation of the Dragon Ball anime series, has been one of the most popular anime shows since its debut in 2015 until 2018. Most of us Dragon Ball fans love the first few episodes of the show due to its superb animation quality, but then the quality dropped. Fortunately, the last arc of the show was so good it made everything else negligible. However, the show ended on March 25, 2018, and ever since, we Dragon Ball fans have been deprived of new content. Now, I am sure many of you guys have known about it, but Dragon Ball Super is releasing a film, and it’s not just any film, it’s a Broly movie! So, why should you watch this upcoming Dragon Ball Super Broly movie?

Please note that the Dragon Ball Super: Broly Movie will first be released in Japan on December 14, 2018, while a dub version will be released in the United States in January 2019.

First of all, who is Broly? He is a non-canon character, who is known as the Legendary Super Saiyan. One of his most known characteristics is that he is so powerful one of the most respected Dragon Ball Z writer, Takao Koyama, stated that there is no one in this world that is stronger than Broly. He had a power level of 10000, effectively qualified for the “over 9000” meme, right after he was born. To put it into perspective, that is about the same power level as Bardock and King Vegeta when they faced Frieza. In other words, he is otherworldly powerful, who wouldn’t want to watch a movie about someone like that?

Secondly, Broly has arguably one of the most tragic and unhinged backstories in the entire Dragon Ball franchise. Even though he had displayed evilness right after his birth by vowing to kill Son Goku, then named Kakarot, just because the latter cried too much and is irritating him. Nonetheless, he could have been a significantly better person had he not have the misfortune of having Paragus as his father, who, despite some scenes showing his fatherly love, successfully turned a dangerous but salvable boy into a complete monster. As has been shown in Supersonic Warriors 2, when Broly lost his memory, he became significantly more subdued and befriended Satan. Consequently, when his memory returned, he didn’t kill Goku and destroyed the Earth, instead choosing to live peacefully like Good Buu.

Another great point of Broly is his personality, which is a few episodes right after his debut seems like a traditional Jekyll and Hyde persona. However, this was later reserved, as the gentle Broly is only a façade created by his father putting a control device on him. Not that I can blame Paragus, as Broly’s personality was becoming more and more erratic with each passing day, he even punched and blinded one of Paragus’s eyes. After the ring was placed, Broly’s personality became that of his first introduction: docile and harmless-looking. But, the monster is still there, lurking deep inside and broke out the moment he met Son Goku. This true side of Broly is just like a proper Saiyan, as he loves fighting and brutality, but on a much grander scale.

So, why did Broly turned out the way he did? Fans have many theories, but the most accepted one was that this is the consequence of his incredible power that he has never been taught to control and the traumatic events of his birth. These factors caused his frenzies outbursts to happen more frequently and last longer as he grew up. In other words, he is a malevolent Hulk on doping and without the gentle persona, a literal Doomsday. In addition, he acknowledged this fact with ease when Piccolo called him a freak by replying that he is actually the Devil. In spite of his uncontrollable rage, Broly has proven that he can still keep a sliver of intelligence when he figured out Pagarus’ lie.

If you ask Broly: “What do you hate the most in the universe?? He won’t hesitate and answer: “Kakarot” while dispatching your corpse. He hates Son Goku with a passion, going berserk over any mention of his name. Do you know the source of this incredible hatred? It was because Son Goku just wouldn’t shut up and cry all the time when they were born, and it annoyed the heck out of Broly. Yes, you read that right, Broly’s burning hatred toward Goku started with Goku’s intense crying.

One other quite convincing reason to wait for the Dragon Ball Super Broly Movie in 2018 is that even with the lacking technology at the time, the first two films that introduced Broly has managed to portray an intense and scary monster that represents the worst of Saiyans as a species. With the high animation quality usually go along with animated movies, who can resist the urge to watch Broly beat the Z fighters into bloody pulps? I know I can’t. The studio did their job fantastically, as the marketing campaign for this movie has been wondrous. I still remember when I saw the official poster for the movie with the three Saiyans: Broly, Goku, and Vegeta.

While the canonized storyline has yet to be released, the movie will have both him and Frieza. This fact suggests that some of Broly’s elements in the old film could still be incorporated. It has also been reported that the Dragon Ball series’ creator, Akira Toriyama had more of a hand in the making of this Dragon Ball Super Broly movie than any of its predecessors. This fact serves as a boost in morale for all of the Dragon Ball series’ longtime fans, as one of our fan-favorite non-canon characters will finally be canonized.

Last but not least, we all cannot ignore the single most endearing prospect of this Dragon Ball Super Broly movie: the chance to see Broly rampaging through the Saiyans, who now have the Super Saiyan Blue forms. Let’s face it, who doesn’t want to see the Legendary Super Saiyan himself going up against the legendary Super Saiyan Blue form? As one of the trailers for this movie has shown, Broly was beating the life out of Goku, Vegeta and even Frieza, this matchup is one of those that fans never expected to see but have proven to be quite a pleasant surprise.